I just adore this couple… they have the sweetest story that will melt your heart.

Sydney hails from the Longhorn state and Lee a St. Louis native.  Lee went to USC and joined ROTC not long after graduation he was stationed in Rapid City, SD (where they reside today) before moving to an Air Force Base in Texas, where he met Sydney.  They were neighbors in the same apartment complex and they were crazy for each other from the beginning.  They got engaged in Florida just after the holiday in 2010 and decided to married May 5th, 2010 in St. Louis.

The beautiful ceremony was at the Shrine of Saint Joseph followed by the reception at the Missouri Athletic Club.  The ceremony was absolutely without a doubt one of the most memorable one’s I have yet to endure.  Lee  could not take his eyes off of his beautiful bride and often softly spoke how beautiful Sydney was, which made my heart melt.  The Missouri Athletic Club dazzled with twinkling candelabras and accents of plum, silver and white as guests took their seats at the family style tables.  Everything from the invitations, guest bags, menus and favors were monogramed with the letter “B”.  It was imperative for Sydney to bring some of her country roots throughout the wedding so we brought in some Texas pecans from Millican Pecan Company, St. Louis’s well-known band, Well Hungarians, and of course her signature cowboy boots. As the night wrapped up guests were treated to some Auntie Anne’s and took home a photo from the photo booth.  To end the perfect night, Lee and Sydney were swept away in a horse and carriage as we all smiled and waved them off…

It was a pleasure to work with the Sydney, Lee and the Berra family, but I also want to thank Lee for serving our country.  He will be deployed again very soon and we will always keep you in thoughts and prayers for a fast and healthy return! Congratulations again!!! 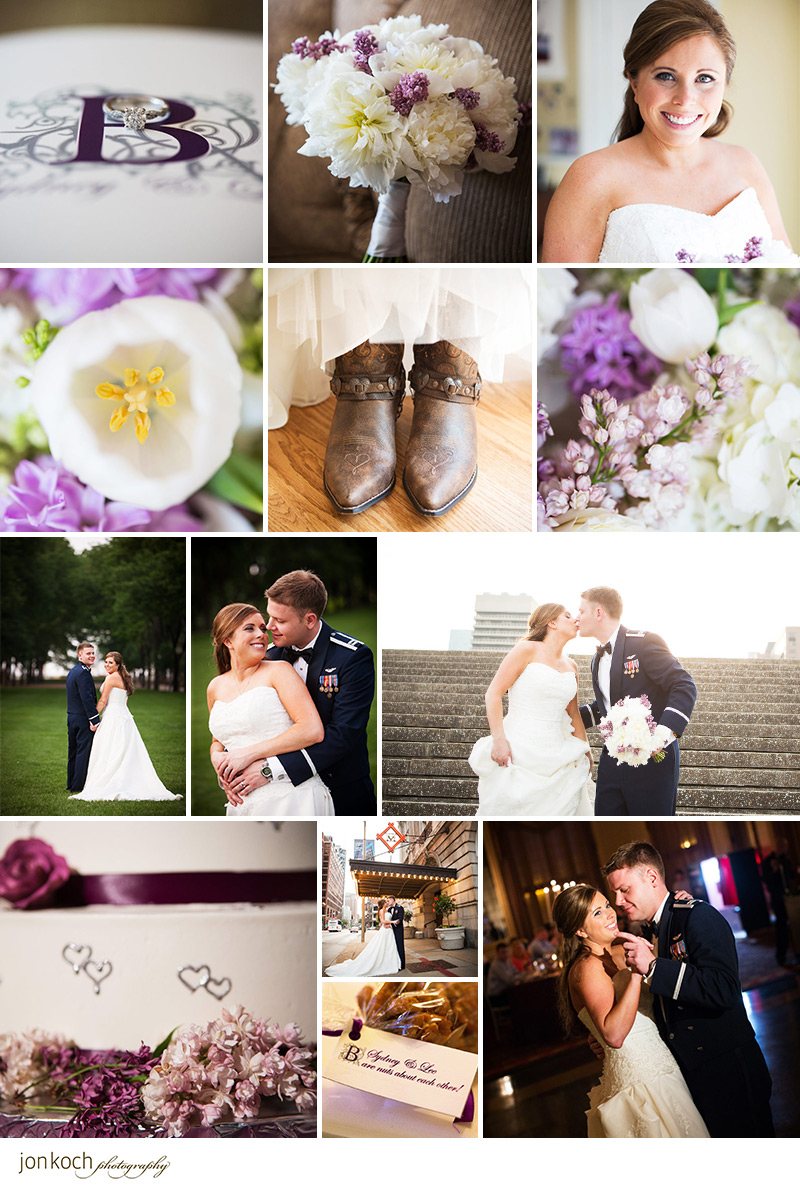 All photos by Jon Koch Photography